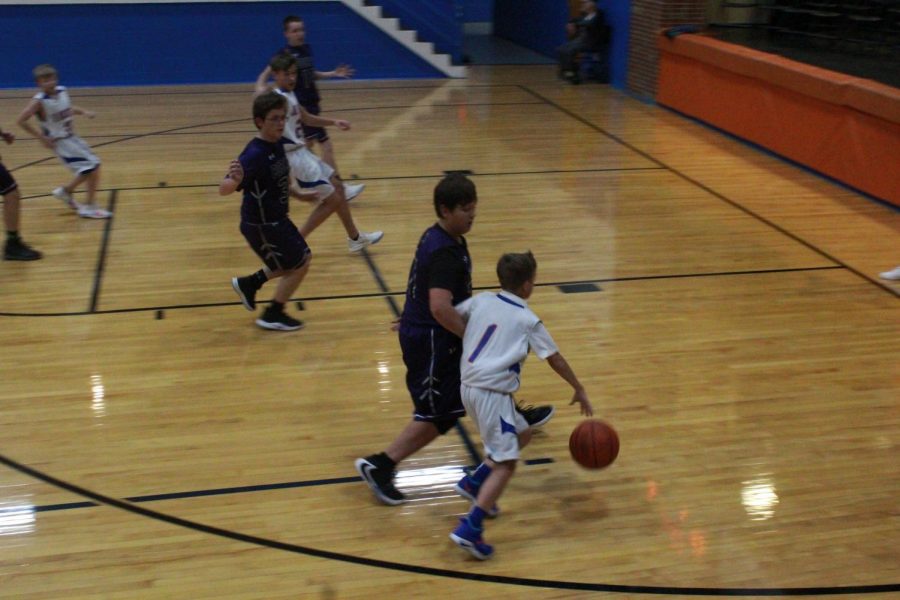 The Jr. Rocket basketball season is in full swing. The Jr. Rockets started the season with a loss to the Woodlawn Warriors. On October 28, the Rockets hosted their annual round-robin tournament. They had a tough tournament with two extremely close games and two losses.

The Rockets lost to the Trico Pioneers, the Aviston Eagles, the Nashville Hornets, and the Albers/Damiansville Cougars. The Rockets then played a stretch of tough opponents. On a four-game losing streak, the Rockets fell to Trico, the Breese Bobcats, the Carlyle Indians, and the Germantown Bulldogs. These losses made their record 0-9. The Rockets were still looking for their first win. On November 21, the Rockets took a trip to Lebanon

and were able to secure their first win. The Rockets shut out the Greyhounds, 37-0. The Jr. Rockets are determined to keep winning.