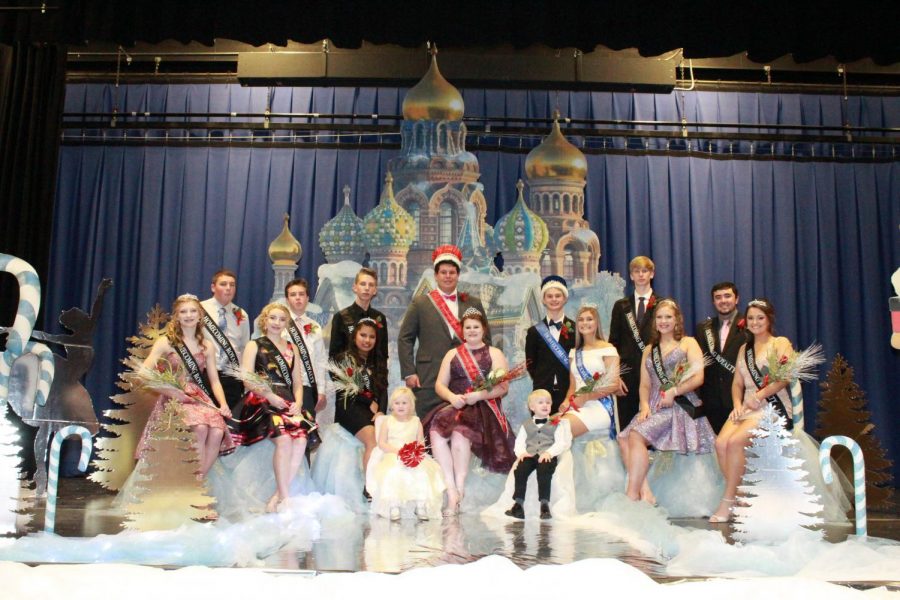 This year, Okawville High School’s Homecoming Dance was November 23, 2019. The dance started at 7:00 p.m. and lasted until 10:00 p.m.  The theme for the dance, sponsored by the Student Council, was The Nutcracker.

At 8:00 p.m., the Homecoming king and queen coronation started, and many family members of the students on the Homecoming court attended and watched the coronation. The Homecoming court candidates for this year’s freshman class were Maci Wolf and Jared Juenger. The sophomore candidates were Elli Kremmer and Wilson Welch. The Junior class elected Jessica Salazar and Hunter Marler as their class’s candidates.  The Student Council also chooses two children to serve as pages.  This year’s pages were Penny Lintker, daughter of Mrs. Lintker and Benton Barkau, son of Mr. Barkau.