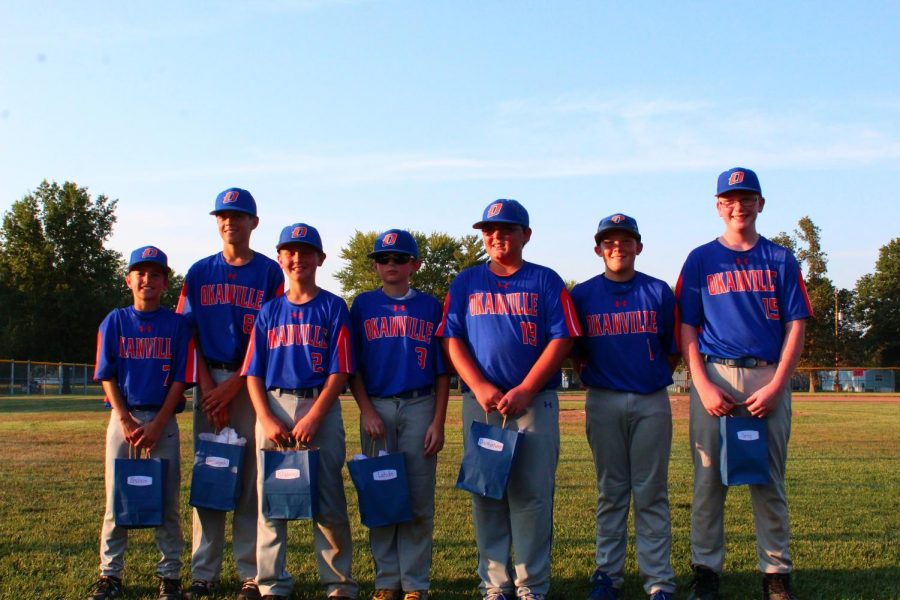 The Jr. Rockets have played through the rest of the season. They hosted Hoyleton on Wednesday, September 11. The Rockets got an early lead and were able to win the game 13-1. Riley Clark pitched a no-hitter and got the win.

The Rockets then lost four games to St.Anne-TSJ-ILS, Carlyle, New Athens, and Centralia. On Thursday, September 19, the Rockets had their eighth-grade night. The eighth-graders who played baseball this year are Shane Klasing, Riley Clark, Bennett Krohne, Owen Borrenpohl, Dylan Dachsteiner, Parker Lehde, and Trevor Gray. They hosted the Breese Bobcats and lost 16-0. The Bobcats had an excellent pitching performance.

The Rockets then played their first game of regionals on Tuesday, September 24, against Lebanon. Earlier in the season, the Rockets lost to Lebanon 10-2, but the Rockets got an early lead and were able to blow out Lebanon 17-2! Aidan Anderson pitched for Okawville, and he threw 11 strikeouts. The next day, the Rockets played Aviston, who was the one seed. The Aviston Eagles took a big early lead and ended the Jr. Rockets’ season. The final score was 16-0.

The Rockets ended their season with a record of 3-16.